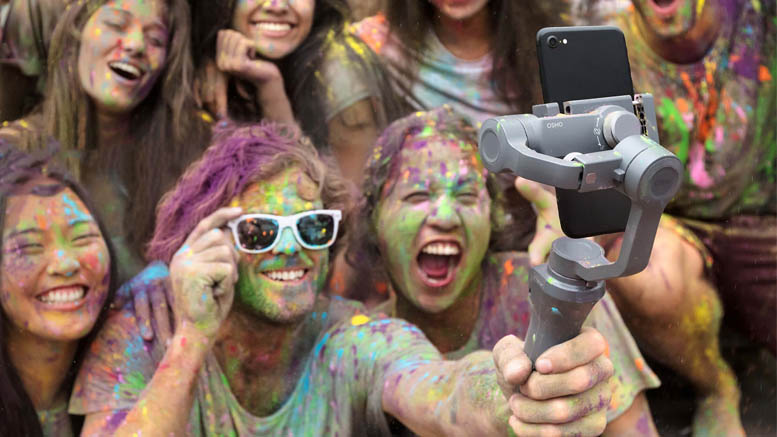 Is the DJI Osmo Mobile 2 the best budget Smartphone Gimbal?

is the sequel to the drone company’s Osmo Mobile. DJI has an excellent reputation for producing quality gimbals for the camera market and when it released the first Osmo Mobile for Smartphone it proved to be very popular. It gave users professional stability for their Smartphone at a lower price then the expensive DSLR equivalents. It took the gimbal to the masses and made it mainstream which before had only been a niche tool for professionals. 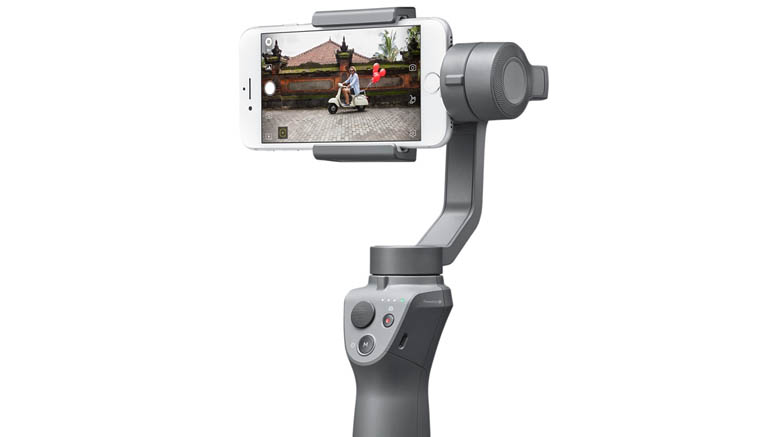 DJI has improved the

hugely compared with the original. It now comes with simpler controls, improved stabilisation and a much lower price. The new model sells for about $129 which is much lower than the original price of the old model. That sold for $299 so you are getting a bargain with the new Osmo Mobile 2. 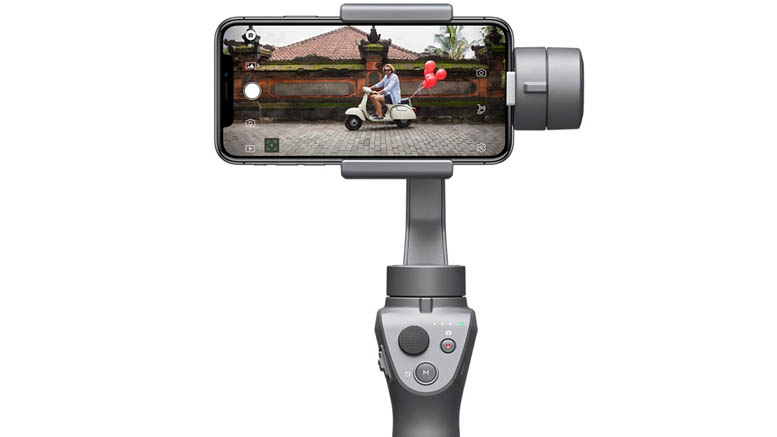 is a huge upgrade from the old model. It is made out of high-strength nylon which is lighter than the magnesium and plastic in the original. The handle is also more comfortable when you hold it. Its redesign makes it more comfortable in the hand and easier to operate especially when you are doing long shoots. It also now has a ¼ inch thread on the bottom of the handle so you can put the Osmo Mobile 2 on a camera jib or other accessory if needed. DJI also sells a tripod and extension rod if you want to add to the Osmo Mobile 2. 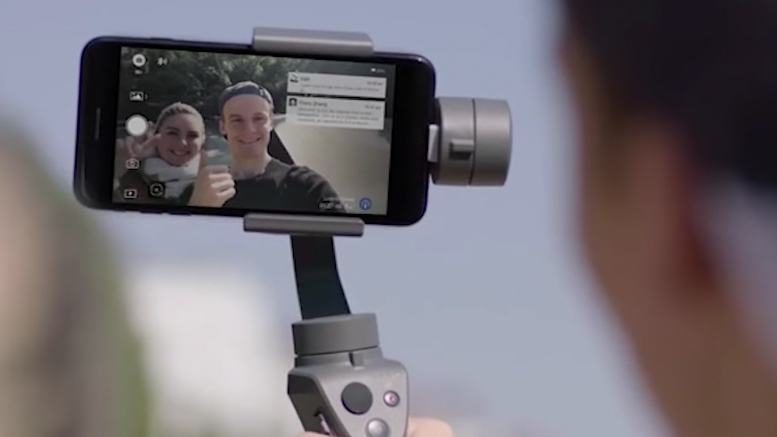 . You can change the orientation by turning a knob on the back of the gimbal and this will keep your Smartphone locked in the portrait setting. To adjust your Smartphone you have to remove it and it is a pity there is not an automatic way of doing this as it can be a little time-consuming. 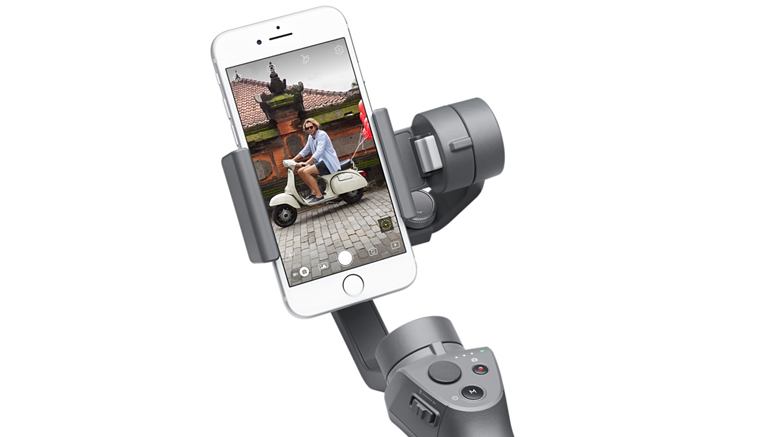 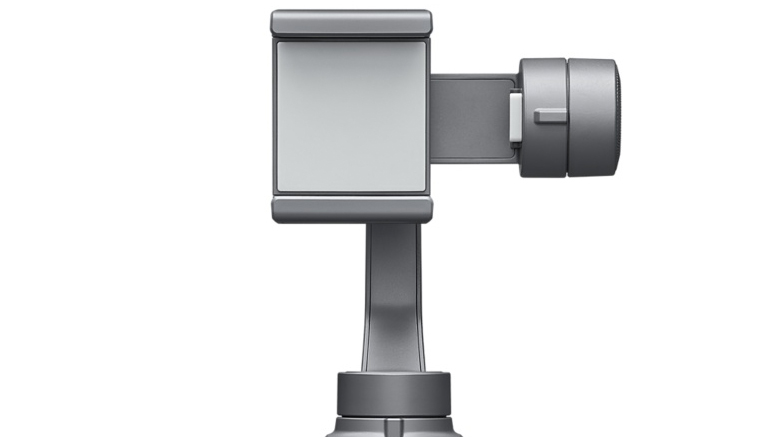 DJI have slimed down the controls of the

and it now simpler to operate. Some of the buttons also have more than one setting. Powering up the Osmo Mobile 2 and switching the mode is now on the same button. There is a dedicated record button and a thumb pad to control pans and tilts. There is also a zoom switch on the side if you want to get closer to your subject. 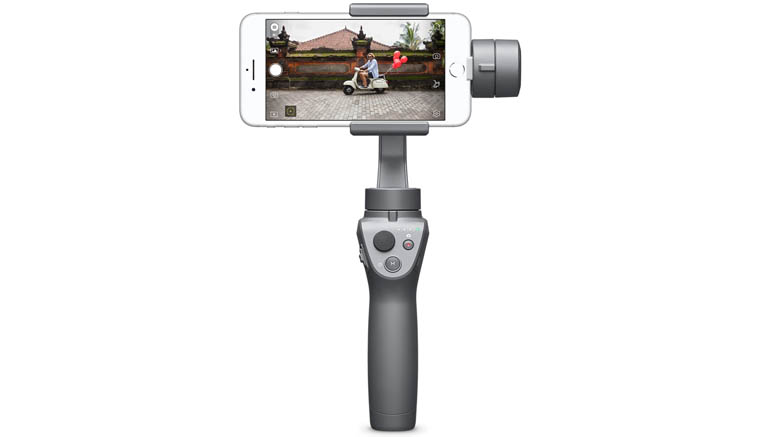 You may get slight small shakes with the Osmo Mobile 2 but this does depend on the conditions that you are filming in. Practising your walk and pace to minimise bumps will help to get good stable results. The optical image stabilisation on some Smartphones can also affect stabilisation. Sometimes the Osmo Mobile 2 and the Smartphone can fight each other for stability. If this happens you should turn off OIS on your Smartphone. Sadly this is not possible if you are using an iPhone. 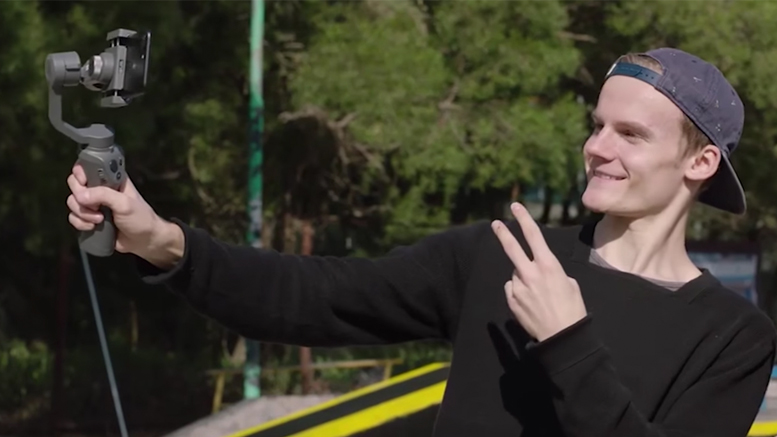 To get the full benefits of the

you will need to install DJI’s Go camera app available for iOS and Android. When installed and paired with your Smartphone you will get full control of the zoom function, settings and different modes. Other apps like Filmic Pro will also give you control of the Osmo Mobile 2 if you are not keen on the DJI camera app. 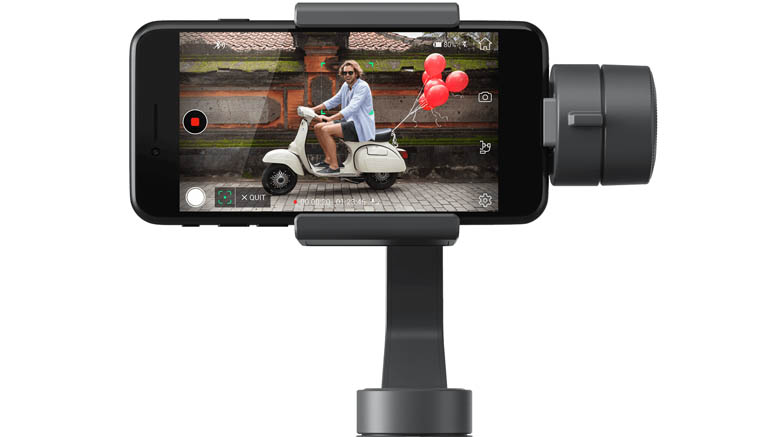 Once you turn on the

you will see it automatically orient and balance your Smartphone. Once it does this you can start filming immediately. You will get about 15 hours of use out of the Osmo Mobile 2. This is a huge increase on the old version which would last about 5 hours. However you can no longer swap the battery as you could on the old version but with 15 hours of use it is unlikely you will run out of power on a day’s filming. When the battery does get low there is a handy battery indicator to let you know that it is low on power. You can also charge your Smartphone from the Osmo Mobile 2 through a standard USB port at the rear. To charge the Osmo Mobile itself you just plug in the micro USB port and hook it up to the mains power supply. 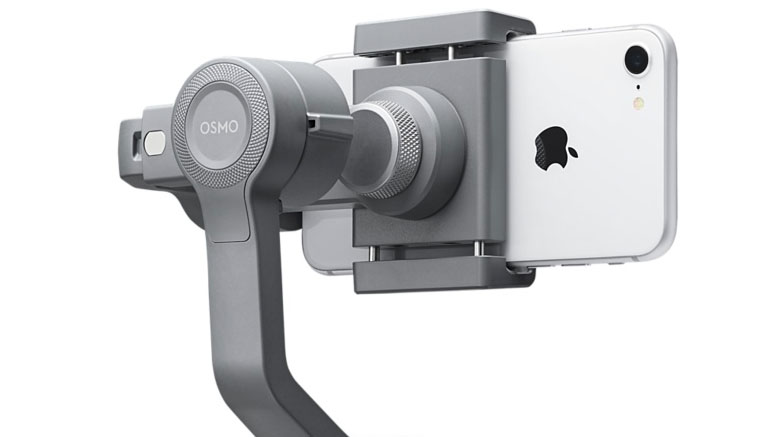 To get the best out of the

you will need to get familiar with all the controls. To walk and shoot is straightforward enough but setting the direction of the Smartphone can be a bit tricky. You do this by using the thumb pad which will allow you to tilt your Smartphone up and down and pan left and right. You can also adjust the speed of these movements with the DJI Go camera app. 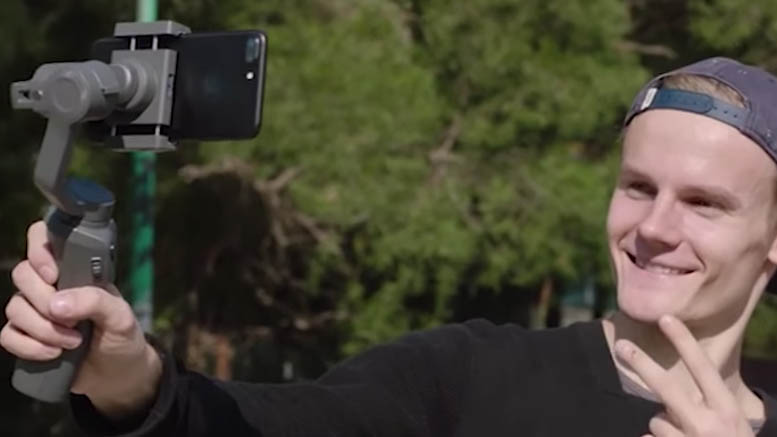 lso has artificial intelligence. The AI will lock on and track subjects with a feature call Active Track. You can set this to low, middle and high settings. You can also try out the new hyperlapse feature as well as previous settings like motion lapse, panoramic and light trail modes. You can also tilt the handle in various directions up to a 45 degree angle. 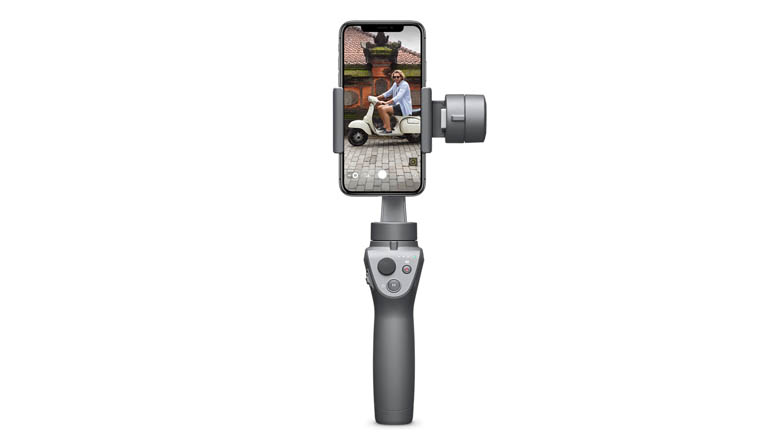 The Osmo Mobile 2 is a huge improvement over the previous version. It is now lightweight, has improved stabilisation controls, better battery life and can film in portrait. If that wasn’t good enough DJI have slashed the price of this model which makes it a great buy and one of the best gimbals your can buy for your Smartphone.