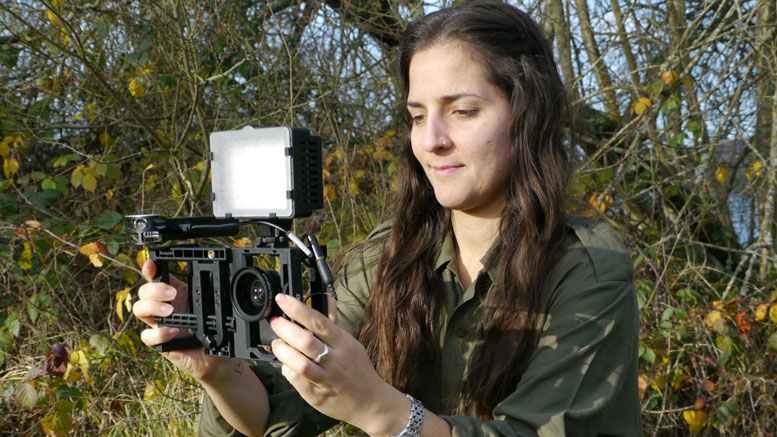 Making any feature film is hard. They can cost millions of dollars and usually need some top actors and a brilliant film crew. However, this should not put you off trying to make your own feature film. To clarify, making movies with your Smartphone is not like guerrilla warfare. Guerrilla warfare is a type of warfare fought by irregulars in fast-moving, small-scale actions against orthodox military and police forces. What I mean by this statement is that your weakness is in fact your strength. The idea is to focus on what you have and not on what you don’t have. Your limitations can inspire your creativity.

You are small and mobile

With a Smartphone you can film almost anywhere. They are small and unobtrusive. Most people around you will not even know you are filming. When Sean Baker filmed Tangerine on the streets of LA most of the public around the actors did not even know he was making a film. These outdoor locations can add value to your production and are cheap to shoot. 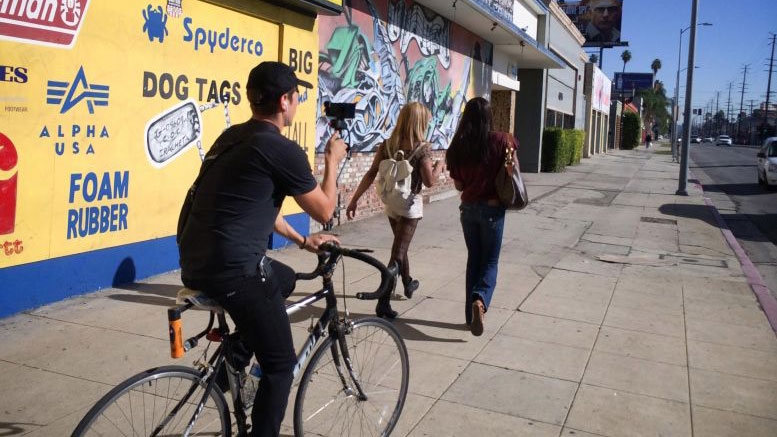 You also do not need a lot of crew when filming with a Smartphone. If you wanted to cut costs to a minimum, a director, director of photography and a soundman would probably be all you need. This also means you can move quickly and film in many locations and do multiple set-ups at speed. This will create a shorter shooting schedule and keep costs low.

You need minimal equipment to film with a Smartphone. A simple video tripod with a Smartphone tripod adaptor is fine for static set-ups. You can also add a budget rig to hold lights and microphones like the Ulanzi metal Smartphone rig. A simple gimbal for tracking shots is also useful like the DJI Osmo Mobile 3.

None of this equipment is expensive but will improve you film hugely and give it energy. Similar equipment was in use in Steven Soderbergh’s movie High Flying Bird. On this film Soderbergh used minimal equipment to achieve excellent results with the iPhone 7.

Sound should also not be an issue. There are many high-quality microphones available to record great sound, which are not expensive. Just don’t cut corners with the quality of you microphones and sound recording equipment. Your audience will forgive you for shaky video but not poor sound. 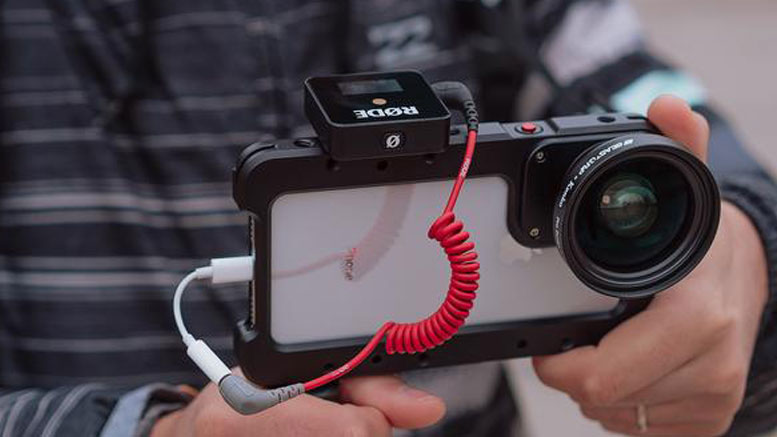 The Rode Wireless Go Radio Mic is a great solution if you want to keep your actors and crew mobile. Several of these added to a four-channel portable audio recorder from Zoom or Tascam and you are in business.

Turn on some lights

Good lighting can also be simple to achieve. Shoot in daylight whenever possible and add a few portable LED lights with a diffuser and a bounce board to achieve acceptable results. You can carry all of this equipment in a backpack. There is no need for vans or trucks to move your gear. 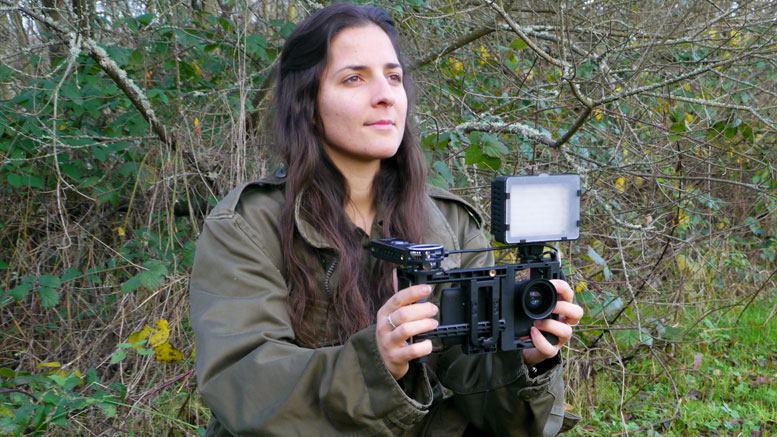 If you have to film inside remember to turn on any lamps or other available lights to help you photograph your scene. So don’t worry if you don’t have much money to make your film. The less money you have to spend the more creative you will become. It also means your film may even return a profit.

No matter how much budget a film has it still needs a great script. This is simply words on paper and no amount of money will make a bad script a good one. It simply needs a great story, creativity, time to write and patience. Preparation time is free, so take time to write your script and do several drafts. Get your friends to read your script and listen to what they have to say. If they have good ideas you should think about including them. Just remember to credit their contributions. 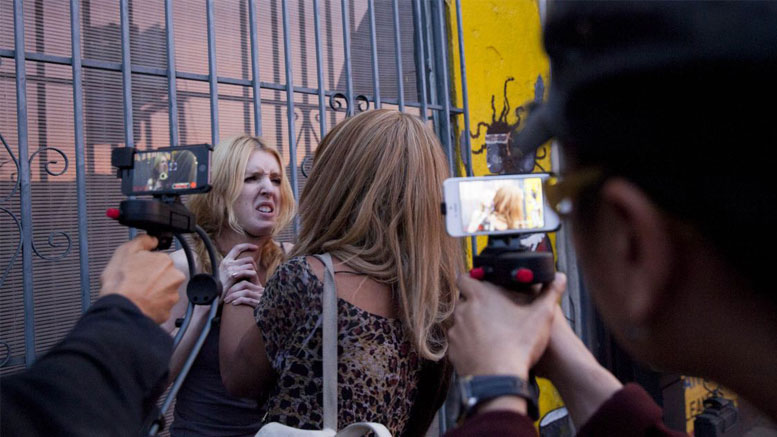 When you write your script remember to maximise what locations and talent you have available. Don’t try to find locations to fit your script. This will cost you more money. Write your script with your available locations in mind. This may force you to film in locations which were not your first choice. Don’t worry about this compromise; this will make your film stand out from others.

If you cannot afford top star actors you should visit your local drama society. They will love to get involved in your project and you could even help launch somebody’s professional acting career. This can sometimes be better choice than asking family or friends to be in your film and you will get proper motivation from a drama group.

Remember, to make your film you do not have to go through a committee. Please yourself, be bold with your creativity and be experimental.

If you cannot afford to buy expensive editing software to cut your film you should look at some of the free versions that are available. Desktop editors like DaVinci Resolve, Hit Film Express and Lightworks are all fully featured free editing packages. Programmes like DaVinci Resolve even include professional compositors like Fusion for special effects. You also get a fully featured sound DAW to edit your sound. 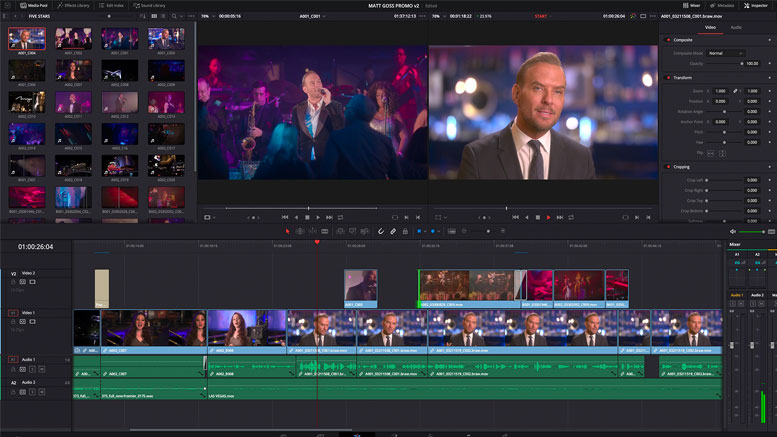 Other minimal cost video camera apps like Filmic Pro will also unlock the full video features of your Smartphone. With this app installed you can control your ISO, focus, resolution and frame rate of your Smartphone. If all this seems a little daunting, don’t worry. YouTube has many tutorials on how to use these free software packages. In fact, it’s great for tutorials on all matters about filmmaking. 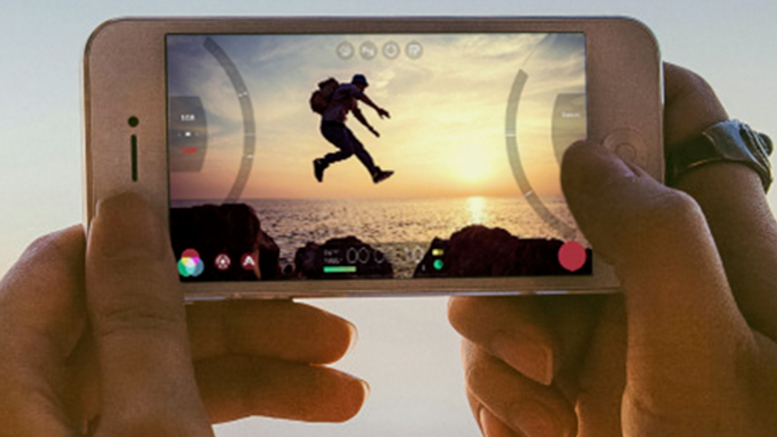 So best of luck on your Smartphone feature film and remember your weaknesses are your strengths. Don’t let them hold you back in making your Smartphone movie. It’s time to go to war.

What is the best budget Android filmmaking kit?

What are the best USB-C microphones for Smartphone filmmaking?