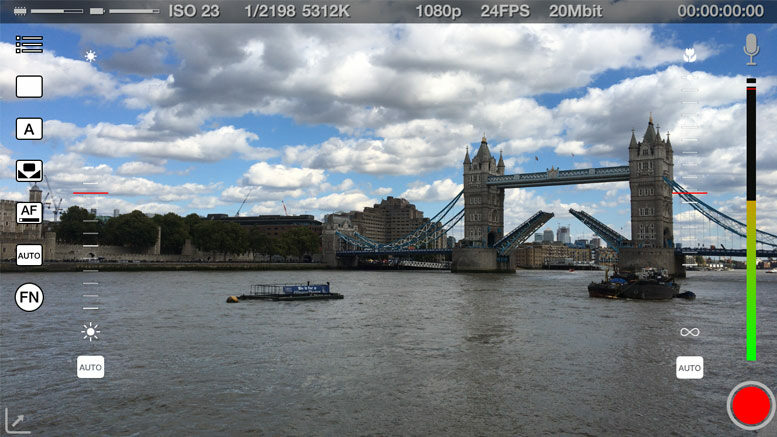 When you start filming with your Smartphone you may come across some technical video terms that might leave you baffled. If you are going to learn the fundamentals of Smartphone filmmaking it is important to have an understanding of these terms. This will save you difficulties later and help you set up your Smartphone video camera app correctly. It will also help you when you come to edit your video.

You will hear the term HD video a lot but it can mean many different things. HD stands for high definition and this is a title given to all video that has a greater resolution than standard definition or SD. SD is the format that older video cameras used to use. HD can be misleading, as there are many formats of high definition video. It does not refer to one particular form of digital video but rather a group of digital video formats.

There are three different HD video groups: 720 HD, 1080 HD and Digital Cinema HD that includes 2K, 4K, 6K, 8K and 12K. All of these formats can film at different frame rates. 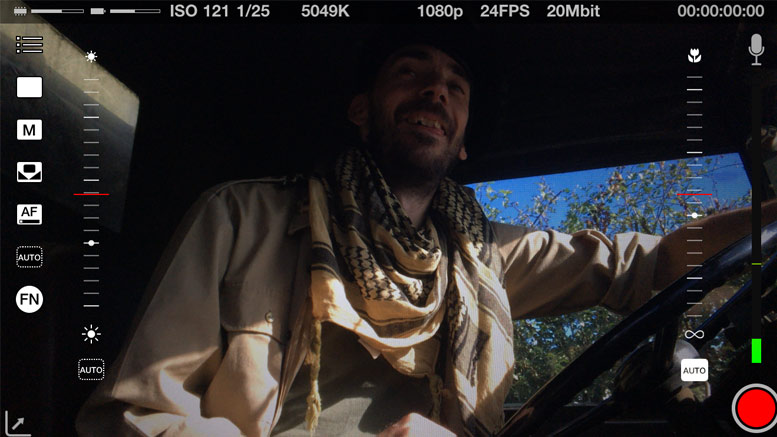 1080 HD has a resolution on 1920 x 1080 and is the most popular HD format. It has a progressive frame or an interlaced frame. Interlacing refers to two interlocking fields that make up one frame of the video. There are two fields to every frame so a frame rate of 25 frames a second would have a field order of 50. This is more commonly known as 50i. Most television stations broadcast their shows with interlaced frames.

Digital movies that project in a cinema have progressive frames. Most filmmakers are now filming in progressive, as this is the best format for the Internet. Television is also moving over to progressive frames. Supported frames rates for television are 23.976p, 24p, 29.97p, 30p, 50i, 59.94i, and 60i. However these can go higher. 1080 HD has the same native aspect ratio of 16×9 that 720 HD does. 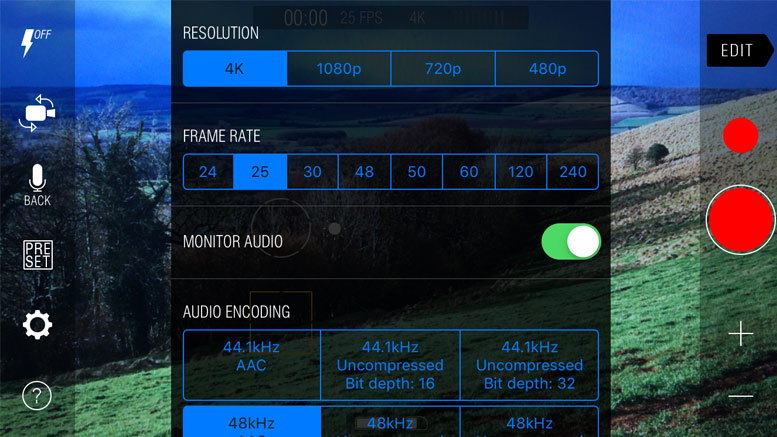 Digital cinema has a greater resolution than 1080 HD and is similar to the quality of 35mm film. Its most common resolution is 4000 horizontal pixels or 4K but can go way beyond this to 6K, 8K and 12K. It has a progressive frame format and can support various frame rates but 24 frames a second is most common.

All of these formats have high video quality. Which one you choose depends on where you want to show your final video. If you are only making videos to go on the Internet, 720 HD will do you just fine. If you plan to show your video on television, you will want to use 1080 HD. If you want to project your video at a cinema, best use 4K.

Your final choice does depend on where you want to show your final video. Personally, I think 1080 HD is a good all-round format and allows you to show your video at a cinema, on a television and on the Internet.

So you have made your choice of video format, but it is also important to know what components make up each video file. A video file itself is nothing more than a collection of data that stores on to the hard drive of the Smartphone. It usually consists of video and audio tracks, frames, scan lines, pixels and audio samples. This collection of data makes up the finished video file and becomes important when you come to edit your final video. 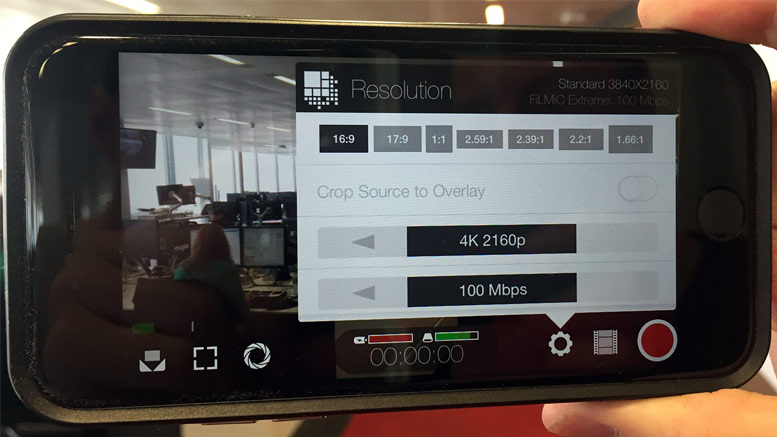 When you shoot video with your Smartphone camera it captures audio and video information and converts it into data files that it stores on to its hard drive. This data gathers into separate tracks. This is usually a video track and a stereo audio track. It also records Meta Data that can add the date, time and location of where you shot the video. There is also some form of time code on the file, which is a series of counting numbers that is important for editing purposes. 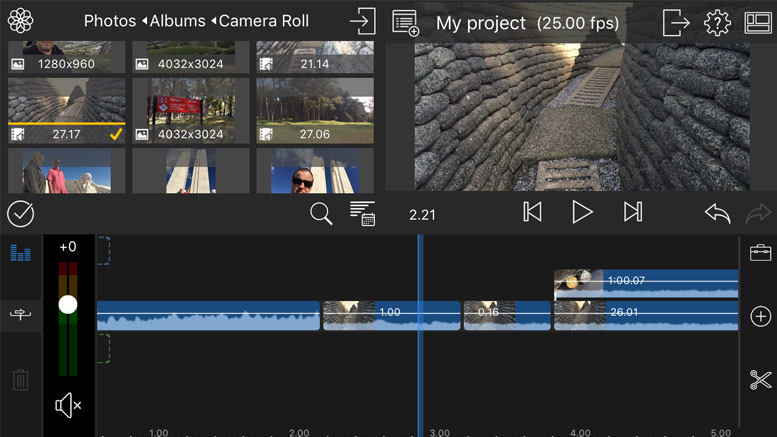 Video tracks have frames of video which when played in sequence will create a moving image. These frames have different resolutions depending on the format of video you are shooting. 1080 HD has a greater image resolution than 720 HD and 4K is nearly four times the resolution of 1080 HD. The greater the resolution the more image information the video file contains. 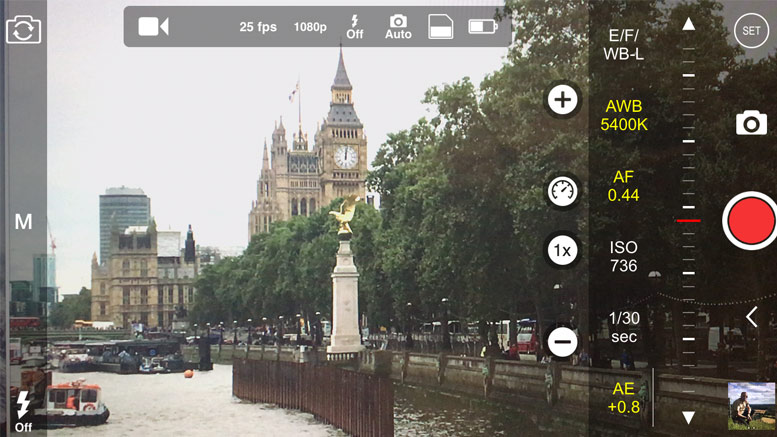 Which frame rate you choose depends on where you plan to show your final video. Although, this is becoming less important! Smartphones, computers and modern televisions do a good job of interpreting different video frame rates. When filming, it is advisable to keep to one frame rate as this makes video editing more stable. You can also get higher frame rates, which you can use for slow motion purposes.

The height and width of an image is the aspect ratio. 720 HD and 1080 HD video have a widescreen aspect ratio of 16×9. Older standard definition video formats have an aspect ratio of 4×3. With the help of adaptors like the Moondog anamorphic lens you can get different aspect ratios to create larger widescreen images that you see at the cinema. 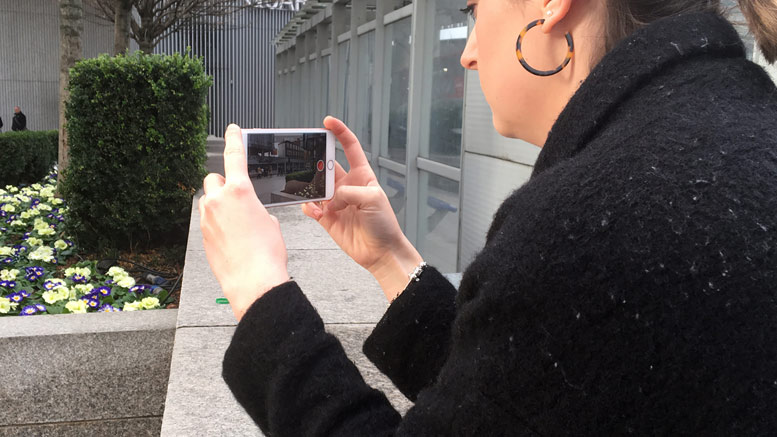 Each video file filmed on a Smartphone will usually have a mixed stereo file. That means two audio tracks. One of these tracks is panned to the left and one is panned to the right. The mix of these two audio tracks will make one stereo audio file. Unlike video cameras, these audio tracks are not independent of each other. If you plug an audio mixer into your Smartphone, have two microphones connected to it at different levels and mix them left and right, they will both mix into the same stereo file. The left and right channels will both peak at the same place. 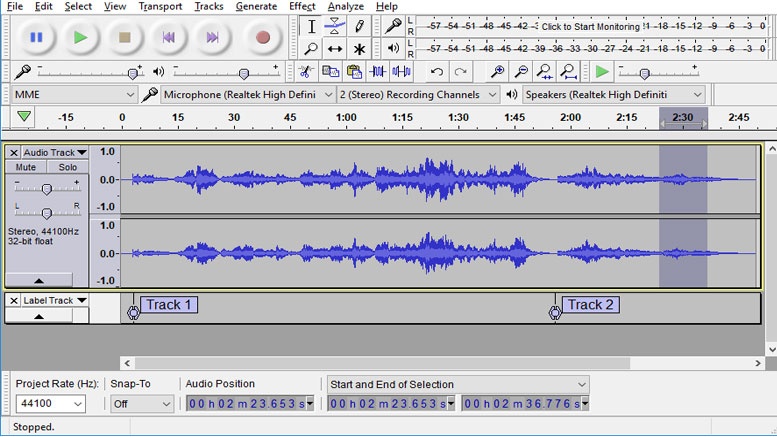 This is like a Stereo file that is in mono (single audio track). On a video camera these left and right audio tracks would peak at different places. This is annoying and can only be overcome by recording your audio to a separate audio recorder. You then sync the audio back to your video when you edit. Newer Smartphones, like the iPhone 7 and above, do now record with independent left and right audio, but for older Smartphones you will have to use an external recorder if you want a true two channel stereo file. For most video work this hindrance will not be a problem. Stereo is only in use in music tracks and split stereo files. Professional filmmakers record most dialogue in mono.

Digital Audio is waves of sound that form into samples. These samples have a kHz number that dictate the quality of the audio. The higher the number the better quality the audio is. This audio number can vary but most audio recorded for video will be at 48 kHz. Compact Discs have a sample rate of 44.1 kHz and digital cinema cameras can record up to 96 kHz. You should always try to record your audio at 48 kHz. Most video cameras default to this and it is a standard for digital video. You should also set any external audio recorders to 48 kHz. If you don’t, you may have a problem syncing your audio to your video in the edit. If the video file’s audio and the external audio file are not the same kHz they will go out of sync. 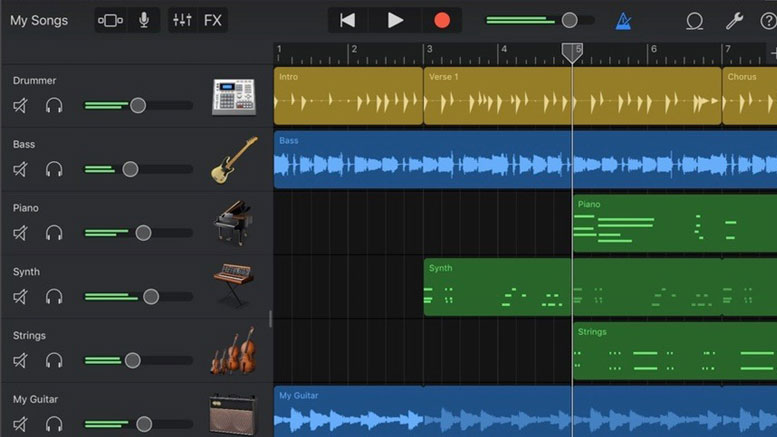 Most Smartphones record video in the MP4 format. This is a compressed video file that can have different video codecs inside it. H264 is a standard codec for an MP4 video file. Your Smartphone compresses the video to H264 by ignoring repeated pixels in the image. By doing this it can create video files that are small in file size and give you greater recording time from your Smartphone’s hard drive. The video files are compressed by the size of the Bit Rate. The higher the Bit Rate the better quality the video. 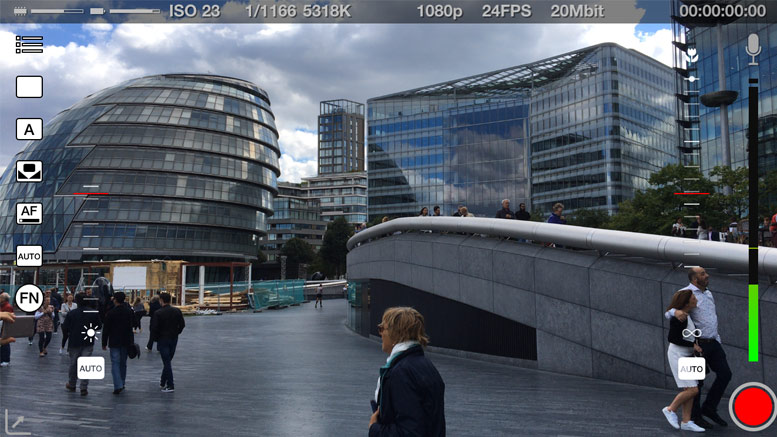 Broadcast video usually has a Bit Rate of 50mbs. If you want to get more recording time on your Smartphone you can set this lower to 32mbs. If you want high quality then you can go up to 100mbs. Be aware, that only some camera apps allow you to set the Bit Rate. Filmic Pro will let you set the Bit Rate and gives you control over the final quality of your video files. What Bit Rate you choose depends on where you want to show your final video. If you are producing video just for the Internet, a lower Bit Rate will be just fine. If you plan to use your video for TV broadcast or cinema projection then you might want to consider a higher Bit Rate.

Try not to let all of this technical jargon get you down about making your video. It is good to know a little about this stuff but it’s not the end of the world if you get it wrong. Most of the time I would say that you should film in 1080 HD video with your frame rate set to 25 or 30 depending on your country of origin and set your audio to 48 kHz. With these settings you should be fine for most video tasks.

How to set up your Smartphone for video filmmaking

What is the best Smartphone filmmaking kit for Social Media?

What are the best laptops for video editing?