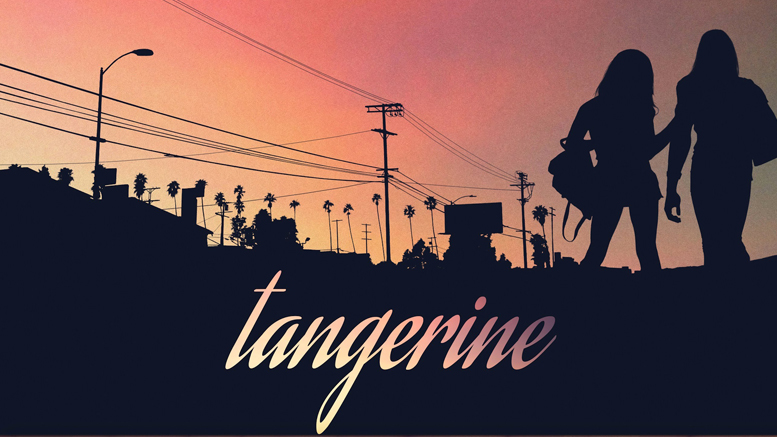 Tangerine was a breakout hit at the Sundance film festival in 2015 and took everyone by surprise. It’s about a poor transgender sex worker who tears through Hollywood on Christmas Eve searching for the pimp who broke her heart.

Tangerine is unusual because it is one of the first movies to be filmed on the iphone 5s. With the help of an anamorphic lens adaptor for the iphone the director and co-director of photography Sean Baker could give Tangerine a unique cinematic look.

With the help of co-director of photography Radium Cheung, Sean had maximum mobility with the iphone 5s. This meant that between them they could capture the footage for Tangerine in a particular way. Because of the small and compact design of the iphone 5s they could film in locations which would not have been available to them with bigger cameras.

An important decision in making the film was the use of an anamorphic lens adaptor for the iphone 5s. By squeezing the image into a 16-9 frame the film-makers could achieve a 2:40:1 ratio. This made the footage look different from the standard Smartphone image. It also provided some good lens flares. 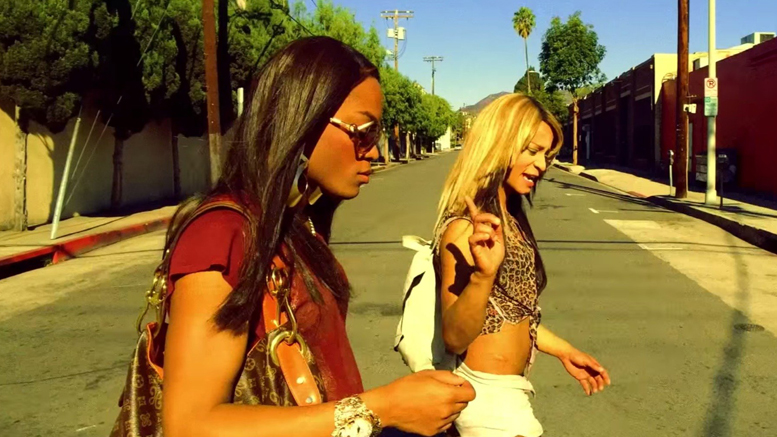 The camera app of choice was Filmic Pro which meant the Sean could lock off the exposure which is usually constantly changing on the iphone. It also meant that they could hold focus. Although for some shots auto focus was in use. When filming Tangerine, the film-makers had to view the footage they shot stretched. This was because of the anamorphic lens and this made it difficult to view the image correctly on the iphone. But they soon became familiar with this and after a while this did not bother them.

TIP: Filmic Pro now has a feature to adapt to an anamorphic lens which means you can view the image correctly on an iphone.

The film is both funny and emotional. The captured image of the iphone added to the look and feel of the film as these characters try to deal with their lives and helps support the subject matter. The small size of the iphone meant the film-makers could do camera moves that would have been impossible with larger cameras and this transferred into the characters giving them more energy and frenetic lifestyles.

Cheung used little in the way of professional lights on Tangerine. Most lighting came from what was locally available. Cheung would turn on and off lights that were around him to get the needed look he was after. Some small Rosco light pads were in use to give a little fill light here and there and some cheap bounce boards from a 99c store helped create the desired look. 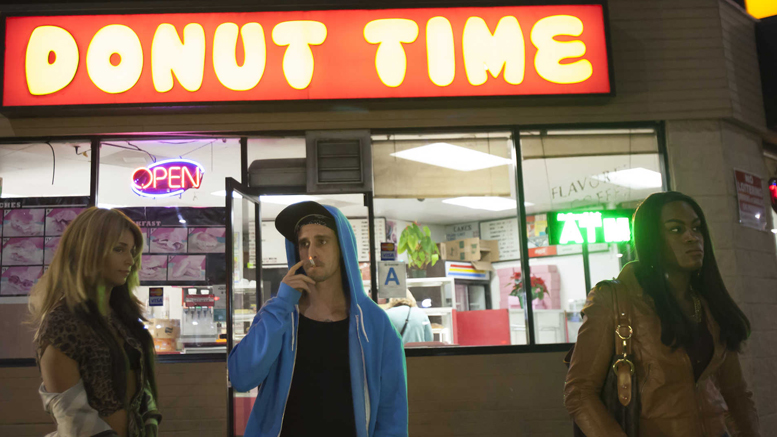 By putting some planning into where to shoot, the available light would usually be enough to get the job done. This meant the crew could shoot fast and be more mobile. It also meant they could be more discreet and film in places without the public knowing what they were doing.

Although the producers of Tangerine used inexpensive equipment to shoot the film the same couldn’t be said for the sound. Sound mixer Irin Stauss used the Sound Devices 664 mixer/recorder and other high end equipment to capture the best location sound possible. Alongside this Lectrosonics SMV wireless transmitters were in use as well as Sanken COS-11D clip microphones.

When he was in control of a location a Schoeps CMIT5U shotgun microphone was in use for location filming in the interiors. In other words you may get away with a reduced image quality but you cannot skimp on sound.